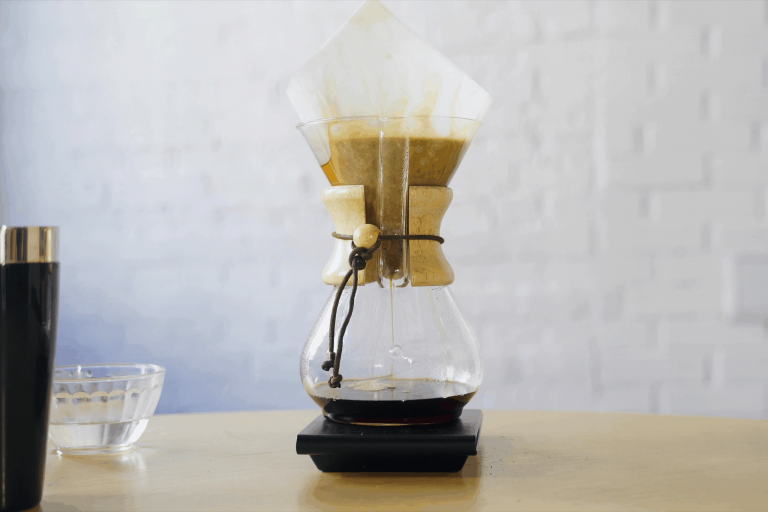 Coffee is one of the most popular beverages in the world. It rivals—and, in some cases, surpass—the popularity of other historically loved beverages like tea, wine, and beer. And the most impressive thing is that coffee is a relatively new beverage compared to them; coffee’s only been around for about 500 years, while beverages like wine or tea are thousands of years old.

But not everyone loves coffee. And while it’s true that coffee is enjoying a steady rise in popularity, another curious thing is happening: coffee substitutes and alternatives are also experiencing a quiet boom.

There are a million reasons why you may not want to drink coffee, although they generally boil down to two things: you dislike its taste, which can be bitter and sour, and not easily masked by cream and sugar. Or you may be sensitive to caffeine and would rather enjoy some other beverage which is caffeine-free but not necessarily decaf coffee.

In this article, we’ll go over some viable options of coffee for people who don’t like coffee. First, we’ll cover caffeine-free options and after that, we’ll look into coffee alternatives that do have caffeine in them.

Chicory root has a long tradition. While it may have actually been consumed before coffee was a thing, it only appears in written records in relation to coffee, so it is unclear whether it was a beverage of its own or whether it appeared in response to coffee.

Chicory root is savory, and has a characteristic nutty and chocolatey flavor. Just like coffee, It’s roasted, ground, and brewed. Consumed as far back as the 16th century, it used to be a coffee substitute for people who couldn’t afford coffee or whenever coffee shortages occurred, which was fairly common in 16th century Europe.

In terms of flavor, chicory root is the closest you can get to the real thing. It’s even mixed with coffee in some products (like the famous Café du Monde). It is 100% caffeine-free.

Interestingly enough, barley was also used as a coffee substitute. Most notably, its consumption was royally decreed in several instances during the 18th century. As the monarchy of Spain was at war, it could no longer spare money for luxuries such as coffee. Barley was an abundant grain, and it was oftentimes used as a cheap substitute for coffee.

To make barley tea, people would roast it and brew coffee with whole roasted grain. It wasn’t ground like chicory root. Barley tea has a distinct roastery taste and it is also reminiscent of ale.

Barley tea is a staple tea in Asian countries like Japan, Korea, and China, where people drink barley tea almost daily. It’s usually enjoyed plain, without sugar, although there are countless variations mixing barley tea with honey, fruit or vegetable juice, and milk.

Malt is related to barley. “Malting” is a process by which grain is dried right after letting it germinate, therefore changing both its nutritional profile and its flavor.

Powdered malt contains a wide range of vitamins and minerals, and in many cases a single serving of malt made from at least three different grains can contain almost every single vitamin and mineral, effectively turning it into a multivitamin.

Powdered malt is often sold as malt coffee or barley coffee. It can also be found in combination products like ovaltine—which has powdered malt as a main ingredient, followed by milk, sugar, etc.—and malted milk, which is milk mixed with barley malt and wheat flour.

Carob is a tree native to the Mediterranean. Italy, Portugal and Morocco are some of the biggest producers of this tree. It’s cultivated for its edible pods, which have a high nutritional value and are considered a superfood. These pods are ground into a fine powder from which “coffee” can be brewed, or it can also be used as flour.

Carob has a taste that’s very similar to that of cocoa, a coffee alternative which we will talk about later. It was consumed for hundreds of years due to its flavor; carob powder and sugar can make a beverage almost indistinguishable from hot cocoa. Lately, it has enjoyed a new boom in popularity thanks to discoveries about the benefits of consuming Carob—it’s not only packed with vitamins and minerals, but also very rich in antioxidants.

Kombucha, an old fermented drink originating in China, has already been popular in the U.S. for many years. It’s hailed as a healthy beverage and a superfood and associated with a healthy lifestyle. This much is true, but Kombucha can also act as a coffee substitute.

Made by fermenting black tea leaves, Kombucha can be a viable coffee substitute. While the amount of caffeine in it may vary from brand to brand, Kombucha is generally accepted to be one of the less caffeinated drinks out there, as it is not pure brewed tea.

Cocoa and coffee are more closely related than one might think. Both are made from beans (seeds, in fact) which are roasted and subsequently ground. The Mayan civilization drank cocoa for its caffeine content, unsweetened, and probably in a similar fashion to how we drink black coffee nowadays. It was said to be an “acquired taste”.

A cup of hot cocoa made using two tablespoons of cocoa powder contains around 70 mg of caffeine. Like coffee, cocoa has a high concentration of antioxidants.

The only tea in this article—besides kombucha—matcha is in a category of its own. It’s made from the highest quality of leaves. Tea trees are grown expressly in the shade and it’s leaves harvested very young. The low exposure to the sun creates an unusual concentration of chlorophyll, hence the deep green color of matcha.

Unlike regular tea, these leaves are then ground and made into a fine powder. Mixed with water, it turns into matcha, a vibrant green beverage which can be called the espresso of teas.

Even if you don’t like coffee, or can’t tolerate the caffeine, hopefully you’ve found something new to try to add to your morning routine.

So tell us, what is your favorite morning drink?